Spanning a series of islets in the coastal region of Nordmore, Kristiansund was incorporated in 1742 but suffered extensive damage during World War II. It since has been rebuilt and now is known for its opera and as Norway’s capital of klipfish, the dried and salted cod at the heart of the city’s fishing industry. Sample the seafood delicacy of bacalao at the Norwegian Klipfish Museum, walk among the wooden houses of the old town district and enjoy a scenic sailing around the harbor aboard the Sandbaten ferry, the world’s oldest continuously operating public transport system. Cannons and other relics from the Second World War can be seen at Kvalvik Fort, while 360-degree panoramas of the ocean, mountains and fjords await atop the Varden viewpoint. Complete the challenging hike to the summit of Freikollen, Kristiansund’s tallest peak, or visit the picturesque island of Grip, home to a red stave church that dates to the early 14th century. 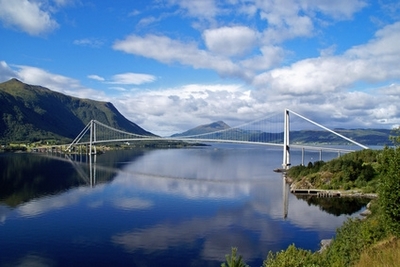